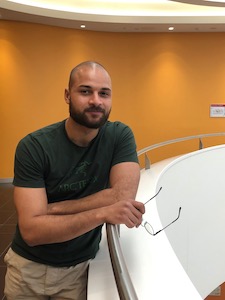 Axel is a PhD student in the Philosophy of Biomedicine at the University of Sydney under the supervision of Paul Griffiths and Peter Godfrey-Smith. He is a graduate trainee at the Culture Mind and Brain Program of the University McGill and was a visiting fellow at the Wellcome Trust Centre for Human Neuroimaging of the University College London. He received an MSc in Cognitive Science from the University of Amsterdam and an MA in Philosophy from the Katholieke Universiteit Leuven. His published work is at the intersection of Evolutionary Biology, the Philosophy of Cognitive science and Psychiatry, and Evolutionary Cultural Anthropology. His current work aims at extending methods employed in Computational Psychiatry to theories and models employed in Cultural Psychiatry. His focus is on the theory of looping effects of human kinds and on Ecosocial models of psychiatric disorders such as applied to depression and autism.